The Importance of Questioning 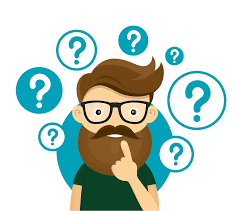 Today I learn’t a valuable lesson in the importance of questioning.

When my husband and I first started living together he would tell me off every time I did the sweeping. I would sweep the dirt into a pile near the edge of the room and leave it there with the brush standing over it. A few hours later I would come back and clean it up. I didn’t realise I did this until I was told. Since then I now make a conscious effort to get the dustpan and finish the job.

We are currently living with my parents and I realised that my mum does the same thing. After questioning her she doesn’t know she does it either. We tried to explore together why we do it. My Grandmother tries not to do housework and lets others do it for her. My mum tells me that when she was younger my grandmother would sweep up and leave it for either her or one of her sisters to sweep up.

The Joint of Meat

My mum regularly trots out a story that she read in the Readers Digest about 40yrs ago.

I don’t know the context of the story but the interviewer noticed that the lady he was talking to was cutting the end of a joint and cooking it separately. When asked she didn’t know why she was doing it, just that it was something she had always done and her mum did the same.

The interviewer then went off and found mum, who had the same story. She cut the end off as she had always done it and so had her mum. Grandma was found and the same story again. She did because her mum did.

Luckily Great Grandma was still alive so off went the interviewer again. When she was asked why she cut the end off the joint and cooked it separately she gave the following answer. I only have a small pan, so I have to cut the end off so it will fit.
No-one had questioned the act just repeated it.

It is amazing what we learn and imitate from our parents behaviour.

These examples now make me think more about what I am doing and therefore encouraging my children to question more. When they ask a question about my behaviour I try to think about why I do such a thing before I answer them.

Remember this quote from Einstein.