My big boy is starting school 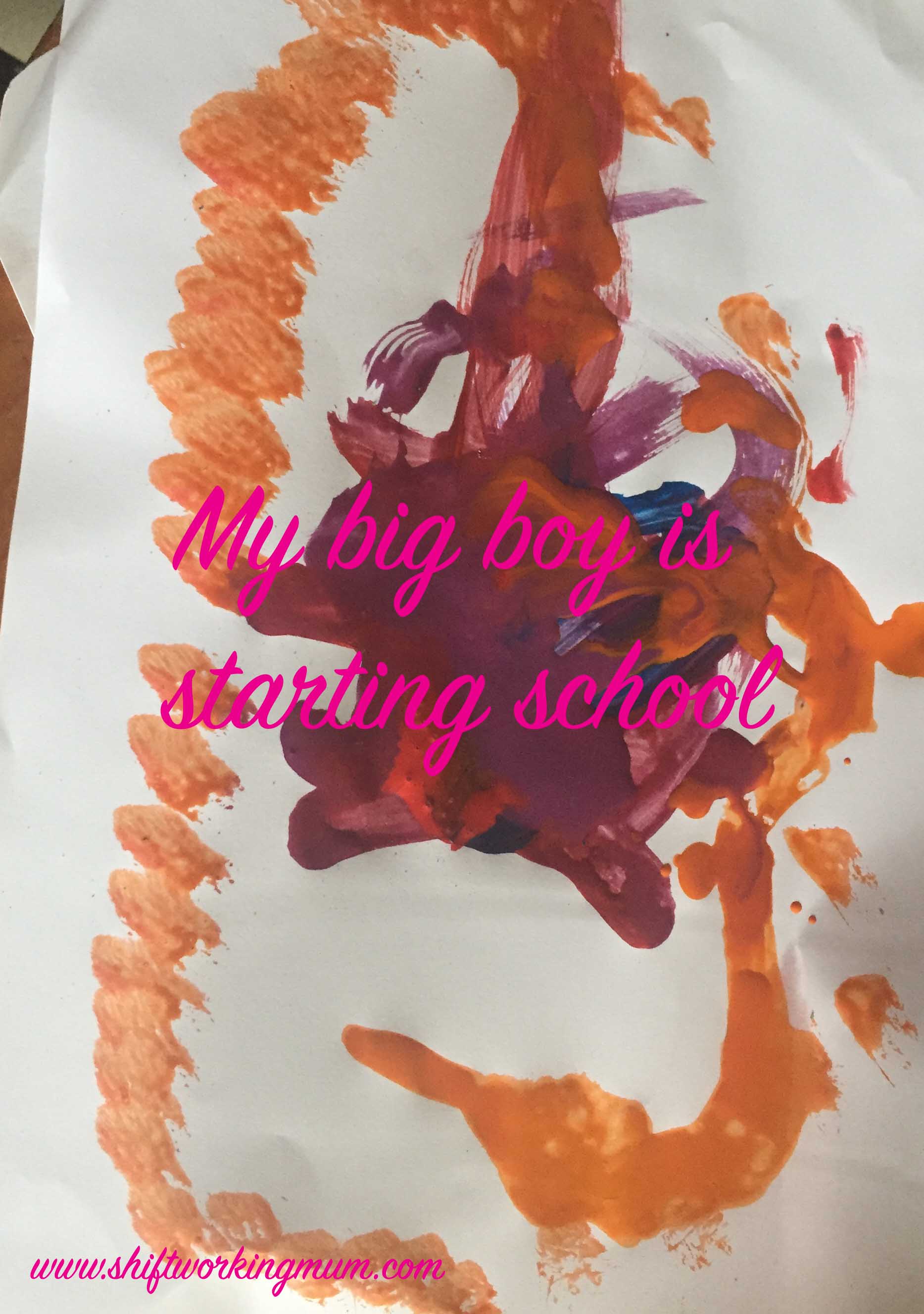 There comes a time when all parents have to hand off some of the responsibility of childcare and education to the professionals. My eldest is about to turn four. The education policy in Wales is that you can start school full time, the term that you turn four. Consequently he will be starting school this coming September. This Monday he went for a taster morning.

He has not been to nursery (or meithrin in Wales) and my childcare arrangements involve family members (I will explain in a further blog). Therefore I have never had to leave him with strangers.

So Monday morning came round. I got together everything he might need including a change of trousers and underpants (he is almost there with toilet training but with this being a new environment I thought we should be prepared just in case). I drove him round to the school and walked him up to the door.

We were greeted by two teaching assistants who were very nice and welcomed us. The school is a tiny village school so there were only five children for taster morning. All of the other children have older siblings at the school. This meant that the teaching assistants knew my lad’s name without me having to say it. I think this helped him as they were obviously expecting him.

Then came the part I was dreading. One of the women took his hand and lead him indoors. He followed reluctantly (I am not sure whether he could sense my apprehension).

I headed back to the car and as I went I shed a small tear.

The end of the morning

I needn’t have worried. All was well when I went back to collect him at lunch time. He had made an elephant out of a paper plate and had played with his new friends all morning. The change of clothes had been necessary. It was a good job I had packed them. I think he was probably too shy to ask to go to the toilet and was hoping he could hold on until I picked him back up.

He is so excited to go back in few months. I know this excitement won’t last and within a few weeks of starting he will be asking if he has to go and whether he could stay at home instead.