What Painkillers can you use when Breastfeeding 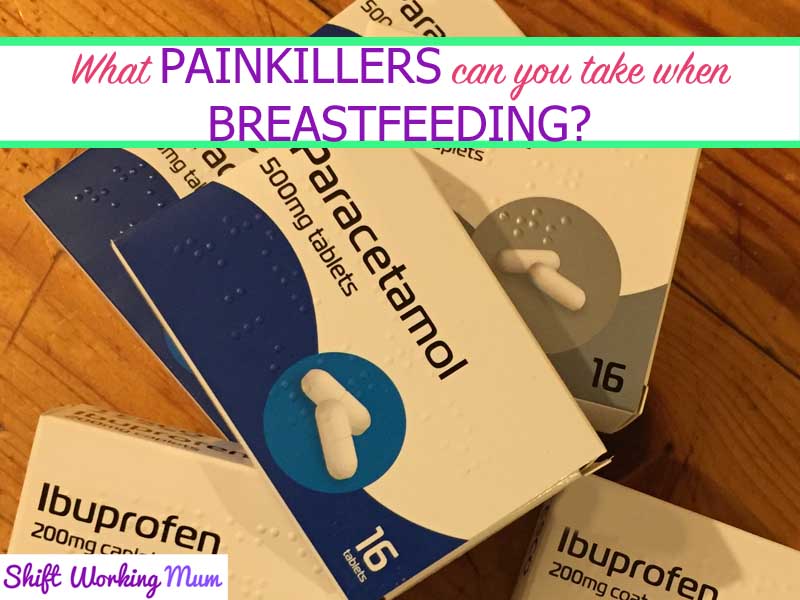 From common breastfeeding problems such as mastitis or a blocked milk duct to common colds and headaches. You may also be in pain post-delivery if you have had stitches or if you have had a caesarian section. There are many reasons why you might want to take painkillers whilst your breastfeeding. Here are some commonly asked questions and their answers.

Can I take Paracetamol/Lemsip if I am breastfeeding?

Yes. A very small amount of the drug gets into the breastmilk. This is not enough to worry about transferring to your baby. Do not exceed the recommended dose of  2 x 500mg tablets four times a day.

If you have a cold and are wanting to take Lemsip (or another similar product), please check with a pharmacist before taking as these sometimes contain other drugs which may not be safe for your baby.

Can I take ibuprofen when breastfeeding?

Yes. Again a very small amount enters the breast milk but not enough to harm your baby. Do not exceed the recommended dose of 400mg up to three times daily. It must be taken with or immediately after food.

Ibuprofen should not be taken long term. If you are needing this for more than three days then see your doctor.

Can I take both paracetamol and ibuprofen?

I would recommend staggering the drugs throughout the day. Paracetamol can be taken four hourly, four times a day, so you can take the Ibuprofen two hours after the Paracetamol, three times a day.

As mentioned above Ibuprofen should not  be taken long term. Seek medical advice if you are requiring Ibuprofen for more than three days.

Can I still give my breastfeeding baby calpol if I have taken paracetmol?

Yes. As mentioned before, there is very little Paracetamol transferred in the breast milk. If you are taking the Paracetamol for a cold, then it is likely that your baby is also suffering.

The dose of Calpol given to baby does not need to be lowered. Always follow the instructions on the side of the bottle with regard to dosing by age.

What about aspirin and breastfeeding?

No. You are recommended not to take Aspirin if you are breastfeeding. This is because the medication gets transferred in the breast milk and can build up in your babies body and cause them to become ill.